Mocha Choco Latte covers favourite hits spanning the last five decades in many flavas: soul, pop, dance, funk, motown, latin, r&b, pop-rock, reggae and more. We've Got Your Flava! There's something for everyone to dance to and enjoy. If you are looking for high class live entertainment for your next function or event, please enquire. 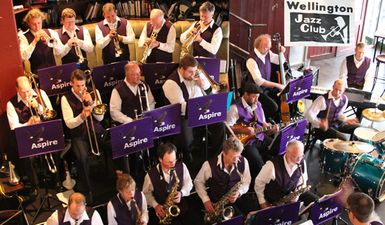 Wellington Jazz Club is dedicated to the promotion of live jazz in Wellington.

The Club usually meets monthly on the third Sunday of the month at Meow Cafe, 9 Edward Street, Wellington, and its Gigs are open to the public. The musicians and vocalists at our events are selected for the quality of their performances.

If you are looking for an affordable, experienced, and relaxed Wellington professional photographer for your wedding or event, or want some fun and flirty glamour portrait photos taken by someone that has flair, personality, a keen eye and a listening ear, then contact David Garratt.


Some projects Coco has been involved with in the past are